A Part 8 public consultation process was completed in February for proposed enhancements and upgrades at Corkagh Park, Clondalkin.

These changes seek to address the visitor experience in the park in terms of improving legibility and wayfinding as well as enhancing the park’s offering as a local and regional destination.

The proposals follow on from the Corkagh Regional Park Masterplan 2020. A new centre of the park that serves as a destination has been identified. It will be well-linked to car parks and other components adding to the sense of place for local and regional visitors. Care has been taken to ensure that all proposed elements respond to and work in harmony with the strong cultural heritage found in the park.

The following will be delivered on a phased basis including the Construction of a new ‘hub zone’ to include a purpose-built Café building with 10 public toilets, kitchen, storage, serving area and internal seating; multi-use events space with a stage and hard-standing area; soft-landscaping with formal seating areas; picnic areas; amenity lawn; mounds; incidental play area; and planting.

The upgrading of St. John’s Wood Car Park, upgrading and extension of Green Isle Car Park and the upgrading of entrance and construction of a new footpath linking the existing car park to the Outer Ring Road will be delivered. 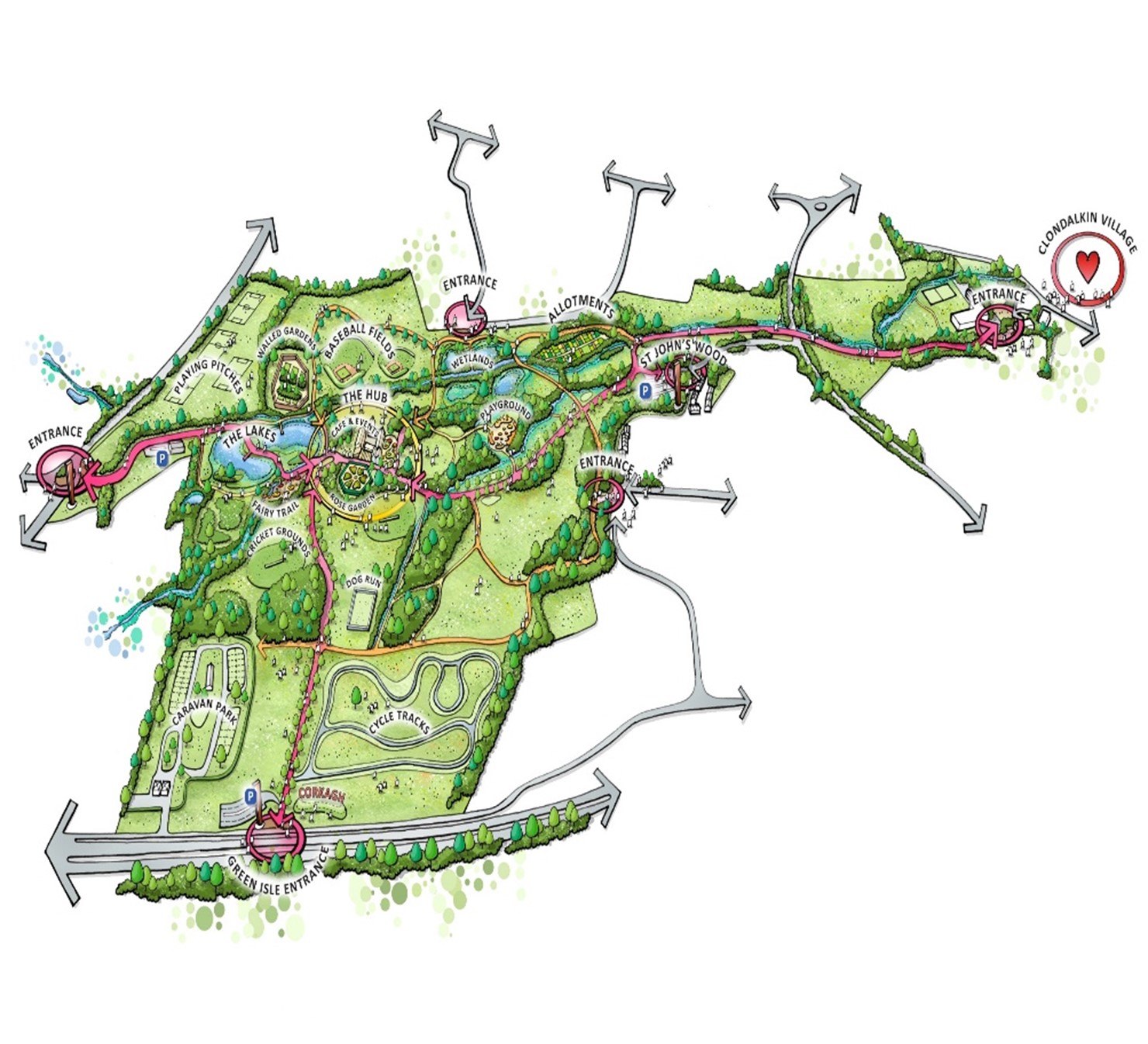 Also included will be enhancements to the Fairy Woodland Trail including new play features; new seating; new pedestrian link from the lakes; retention and protection of existing mature trees; addition of native ornamental shrubs and grasses, provision of wayfinding and signage installations, proposed planting, furniture and landscape work associated with the proposed development.

29 submissions were received. These were summarised and responded to with recommendations in the Chief Executive's Report which was presented to the Council.