Development carried out by a Local Authority is often referred to as 'Part 8” development. This is reference to Part 8 of the Planning and Development Regulations 2001 (as amended) which sets out the procedure for carrying out such developments. Such works would include developments such as the construction of houses, roads, swimming pools, public toilets etc.

Public consultation is a fundamental element of the 'Part 8' planning application process. This consultation procedure requires that notice of the proposed development be given in the public press and that a Site Notice be erected. If any submissions or observations are received, a report is presented to the Elected Members of the Council. The following pages indicate both current and previously approved Part 8 approvals.

Please be advised that, currently, comments and observations on 'Proposed Developments by a Local Authority' can only be received in writing, and between certain dates. The public notices should be referred to in this regard to ascertain the final date of receipt for your observations.

Traffic calming and minor road improvements are referred to as a  'Section 38” development. This is reference to in the Road Traffic Act, 1994 (as amended) which sets out the procedure for carrying out such developments. A road authority may, in the interest of the safety and convenience of road users, provide such traffic calming measures including footpath and cycle track improvements as they consider desirable in respect of public roads in their charge. 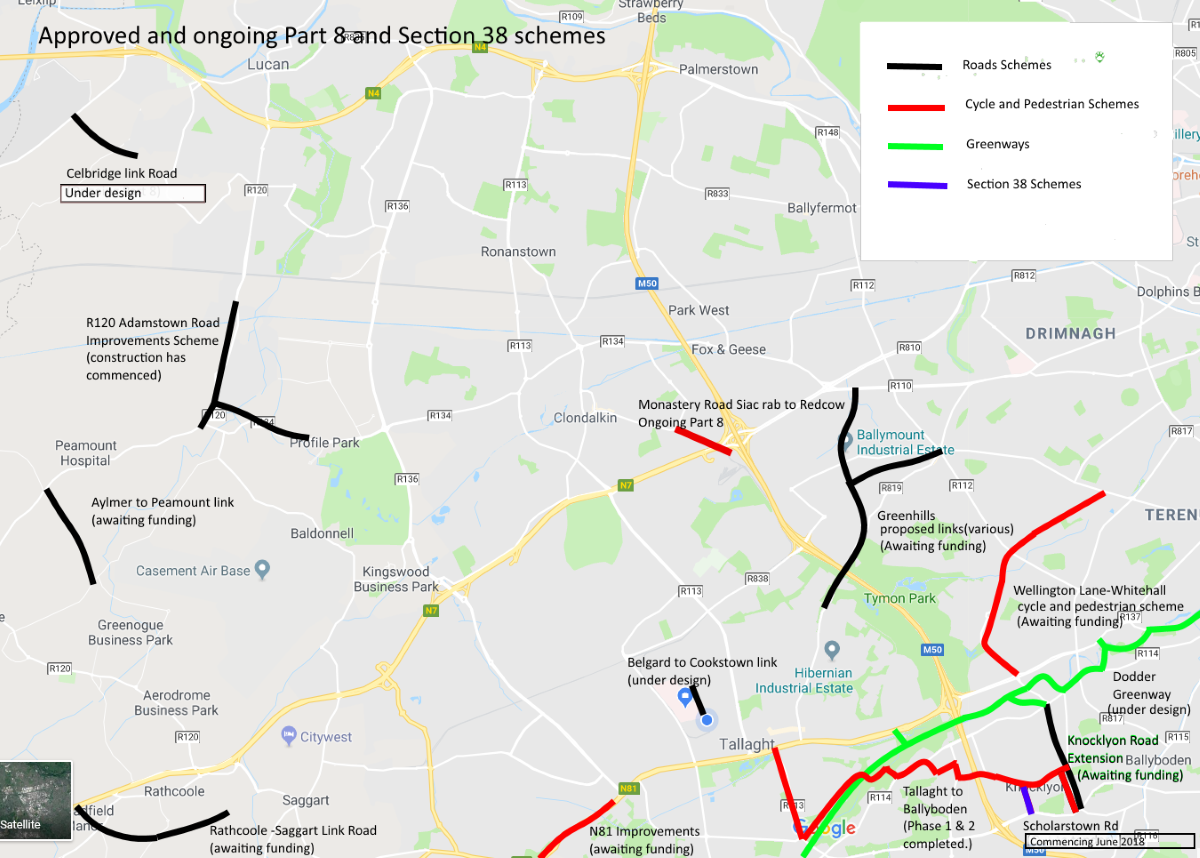