Grange Castle Business Park is a South Dublin County Council owned Business Park promoted in association with IDA Ireland to attract major strategic investment to South Dublin. Located in Clondalkin, the Park is approximately 3km west of the M50 Orbital Motorway, and is close to the strategic road and mainline rail connections to the rest of Ireland. The Park is within 10 kilometres of the City Centre and enjoys easy access to Dublin Airport and Dublin Port. 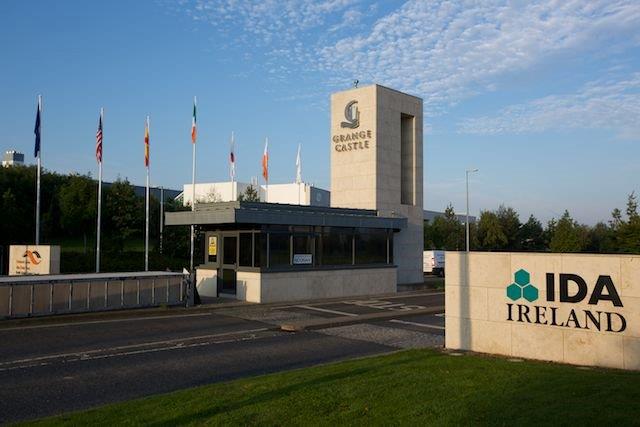 Mid-1990s - Grange Castle is identified by South Dublin County Council as a strategic location in which to boost employment by development of a world class Business Park.

1998 – The 1998 County Development Plan set the planning context through zoning the area. This and subsequent plans optimised balanced development of core functions – live, work, play - with the Business Park bounding regional parks and greenways, adjacent to public transport routes and proximate to residential areas to bring a highly skilled workforce to the Park.

1999-2000 – The early 2000s saw the start of expansion of the original footprint of the Park to its current scale of in excess of 500acres. The servicing of the land bank intensified with surface water attenuation being addressed through the Griffeen River Valley Scheme and the provision of other key service platforms such as the internal road network and gas, electricity and telecoms in the Park.  This highly serviced land-bank enabled the IDA to commencing marketing the Park, alongside the Council, to an international audience.

2000 - Our first client Wyeth (now Pfizer) commenced cconstruction of their facility in 2000, and the site was licensed and officially opened in 2005. A further expansion was completed in 2007. The facility is one of the largest integrated biotechnology plants in the world.

2002 - In 2002 the first Takeda API (Active Pharmaceutical Ingredient) plant outside Japan was constructed at Grange Castle. Takeda further expanded their interest in Grange Castle in 2008 adding a further 19acres to their site to enable future expansion.

2006 - Aryzta commenced construction of their facility in November, 2006 and went into production in mid-2008. The purpose built food facility comprises a Corporate Headquarters, a Research and Development Centre, a state of the art food manufacturing and distribution facility and a training and call centre.

2007 -  Grange Castle Facilities Management Ltd was formed to manage the day to day operations of the Park and provide 24 hour security.

2008 - The Outer Ring Road which passes the entrances to Grange Castle is a high quality dual carriageway opened in 2008. It bypasses west of Clondalkin and streamlines access from Grange Castle to the N4 (West and North West Ireland) and M7 (South) and M50 (Dublin Orbital Motorway).

2010 - Opening in 2010 adjacent to Grange Castle the Grand Canal Green Route not only provided an 8.5km cycle and walkway to the City but also optimised the telecoms and electrical capacities of the Park though high capacity connections along the route to the National Grid.

2011 - Amenity connectivity of the area was enhanced in 2011 by the addition of 2km of cycle/pedestrian tracks, public lighting and CCTV, and a new canal bridge accessible from the Park which connected the Canal to Griffeen Valley Park.

2013 - The construction of an interconnector carriageway within the Park during 2013-2014 links the eastern and western area of the Park and has facilitated logistics and access for all clients.

2014 - Grifols Worldwide Operators Ltd commenced construction in January, 2014. This project comprises of the construction of a fully serviced international logistics centre with automated storage and retrieval systems and is almost completed.

2014 - Google commenced construction of a two storey data storage facility at Grange Castle which is ongoing.

2015 - Our next clients, Interxion, a leading provider of cloud- and carrier-neutral colocation data centre services received planning permission during 2015 for the construction of a high tech data centre in the Park.

Over the last 15 years over €3 Billion has been invested into Grange Castle Business Park from South Dublin County Council and the Parks clients.

Current and future clients can look forward with confidence to their growth at Grange Castle.  To build on the excellent existing service platform plans are underway for the enhancement of all roads in the vicinity of the Park, utility enhancement of a 220KV power station, continued internal road network enhancements, a review of the Grange Castle design & land use masterplan and continued maintenance and repair of high quality landscaping and cycle tracks.

Grange Castle Business Park continues to attract some of the biggest names in the corporate world and looks forward to continued success in attracting the best from every industry into the future. 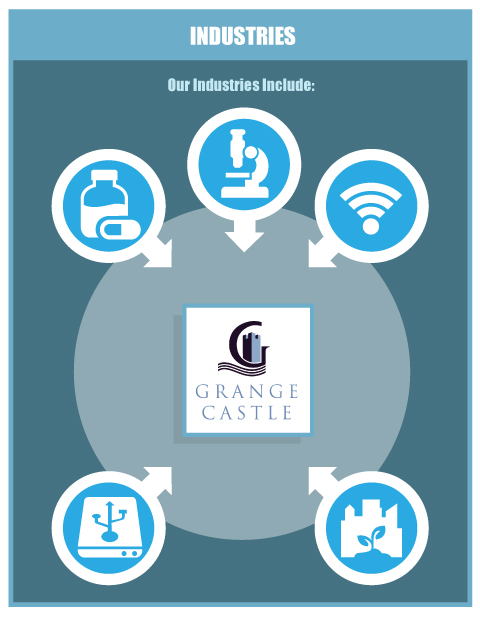