The construction of the first of the DURL Project wetlands has started at Griffeen Valley Park, with fencing set up and wetland ground works ongoing. Planting of the wetland is planned for early August 2022 and the works are scheduled to be fully completed, including removal of equipment and fencing, by the end of August 2022. If you are interested in taking part in the wetland planting please contact the project via email to durl@sdublincoco.ie

The Chief Executive of South Dublin County Council joined the Mayor and An Cathaoirleach to mark the beginning of this exciting phase of the project where the construction of the nature based wetlands will not only fulfil the objectives of the LIFE project but also objectives of the River Basin Management Plan 2022–2027, Water Framework Directive, Climate Change Action Plan, Floods Directive, and draft Biodiversity Plan.

The Mayor noted that ‘this wetland and those planned for Kilnamanagh, Dodder Valley Park and Tymon Park will transform the areas in which they are located from uniform amenity grassland into vibrant, aesthetically pleasing, and dynamic habitats where biodiversity thrives year-round.’ The Mayor added that ‘the construction of these wetlands is a cornerstone of the Dublin Urban Rivers LIFE project and supports its door-to-door assessments work in this catchment.’

An Cathaoirleach outlined that ‘Dún-Laoghaire Rathdown is in the early appraisal stages to build an Integrated Constructed Wetland at Cabinteely Park to compliment the door-to-door work being carried out by the DURL stormwater assessors in removing misconnections.’ An Cathaoirleach also confirmed that Dún-Laoghaire Rathdown ‘will be using the detailed roadmap (Decision Support Tool) the DURL Project is developing to create an ICW from start to finish (including information on Planning, Engaging with Stakeholders, Design, Tenders and Construction). This roadmap will be a very useful too to help other local authorities construct their own ICW’s.’ 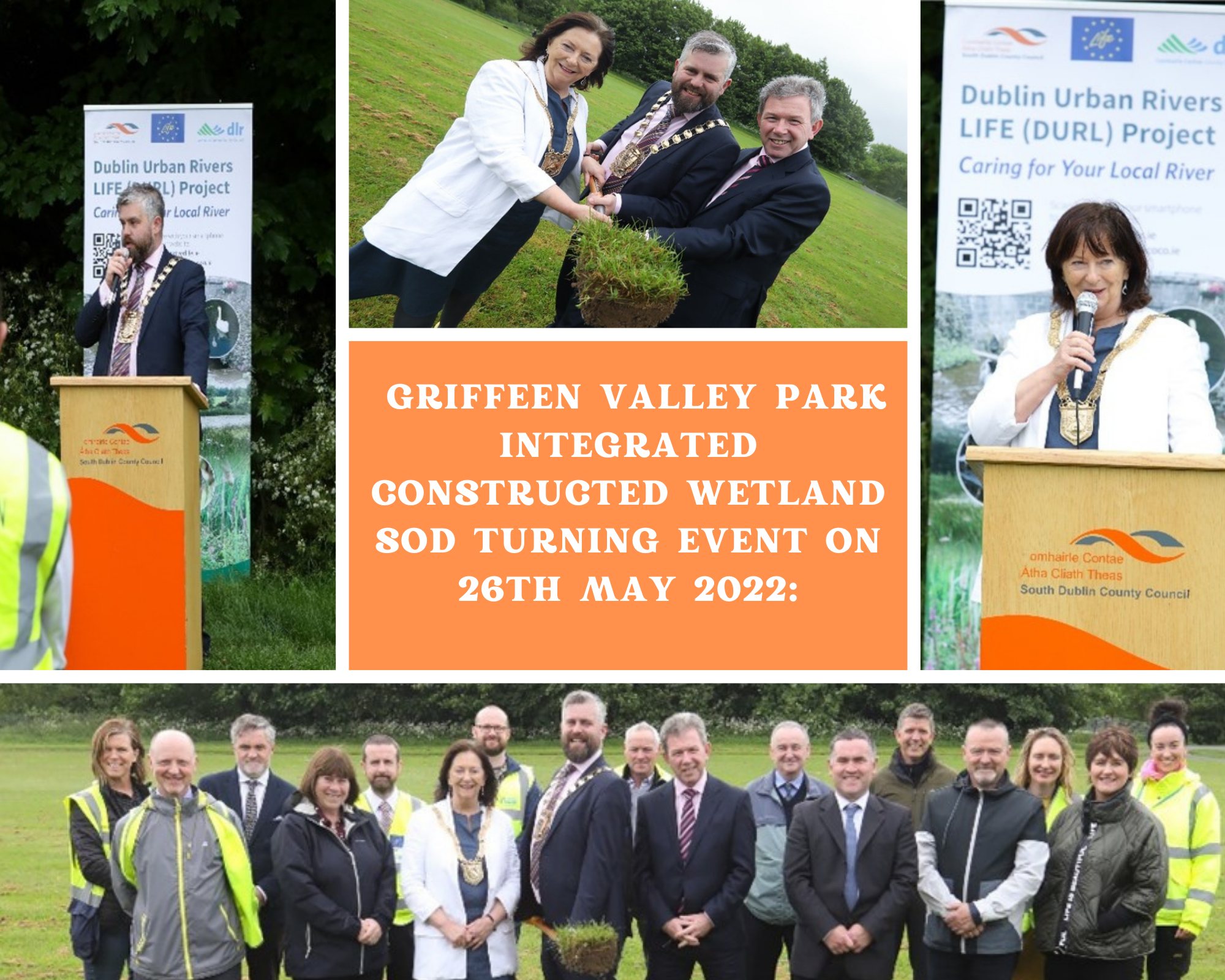