The Mayor of South Dublin County Council, Cllr Emma Murphy and the South Dublin Chamber welcomed the US Ambassador to Ireland; Claire Cronin, the Mayor of Tampa, Florida; Jane Castor and members of the Tampa Bay Chamber to County Hall in South Dublin yesterday. The visit was an opportunity to strengthen ties between the “Sister Cities” of Tampa and South Dublin County by formally signing a ‘Continuing Cooperation Agreement’ which renews further promotion of relations between the counties, opportunities to develop business relationships and cultural understanding.

The Sister City Agreement was signed in Tampa in 2014 by the then Mayor of South Dublin County Council, Cllr Sarah Holland and the then Mayor of Tampa, Bob Buckhorn, who is now a member of the Tampa Bay Chamber and was part of yesterday’s delegation.

The Mayor of South Dublin County Council, Cllr Emma Murphy spoke of the history and the benefits of Sister City Agreements and the cultural links between the two great counties. She said

“Quality relationships and collaborations play such a key role in the growth and development of our businesses and wider economic development. Every opportunity to grow and expand our businesses, our educational institutions, our knowledge share and talent has to be welcomed.  An agreement of cooperation was signed in Florida between South Dublin and Hillsborough County in 2014 to set up our commitment to this cooperation on a formal footing. Today the countersigning of a ‘Continuing Cooperation Agreement’ between South Dublin and Tampa Bay Chamber marks the further strengthening of these relationships between our counties. We particularly welcome Tampa Bay Chamber and the Tampa businesses who are part of this delegation and trust that you can forge new trade opportunities when you meet with and indeed visit some of our local businesses that have been arranged by South Dublin Chamber.”

These sentiments were echoed by the US Ambassador and Mayor Castor.

The afternoon included speeches from the two Mayors, the US Ambassador, the South Dublin and Tampa Bay Chambers.

Mayor of Tampa, Jane Castor said: It was an honour to join Ambassador Claire Cronin and South Dublin County Mayor Emma Murphy in continuing our Sister City agreement. Our exchange of cultural and economic initiatives will prove beneficial for all involved. Impressive and exciting development in South Dublin County's future!”

Image one: Cllr. Emma Murphy Mayor of South Dublin and Jane Castor Mayor of the City of Tampa sign their signed partnership agreement, witnessed by Claire Cronin US Ambassador to Ireland 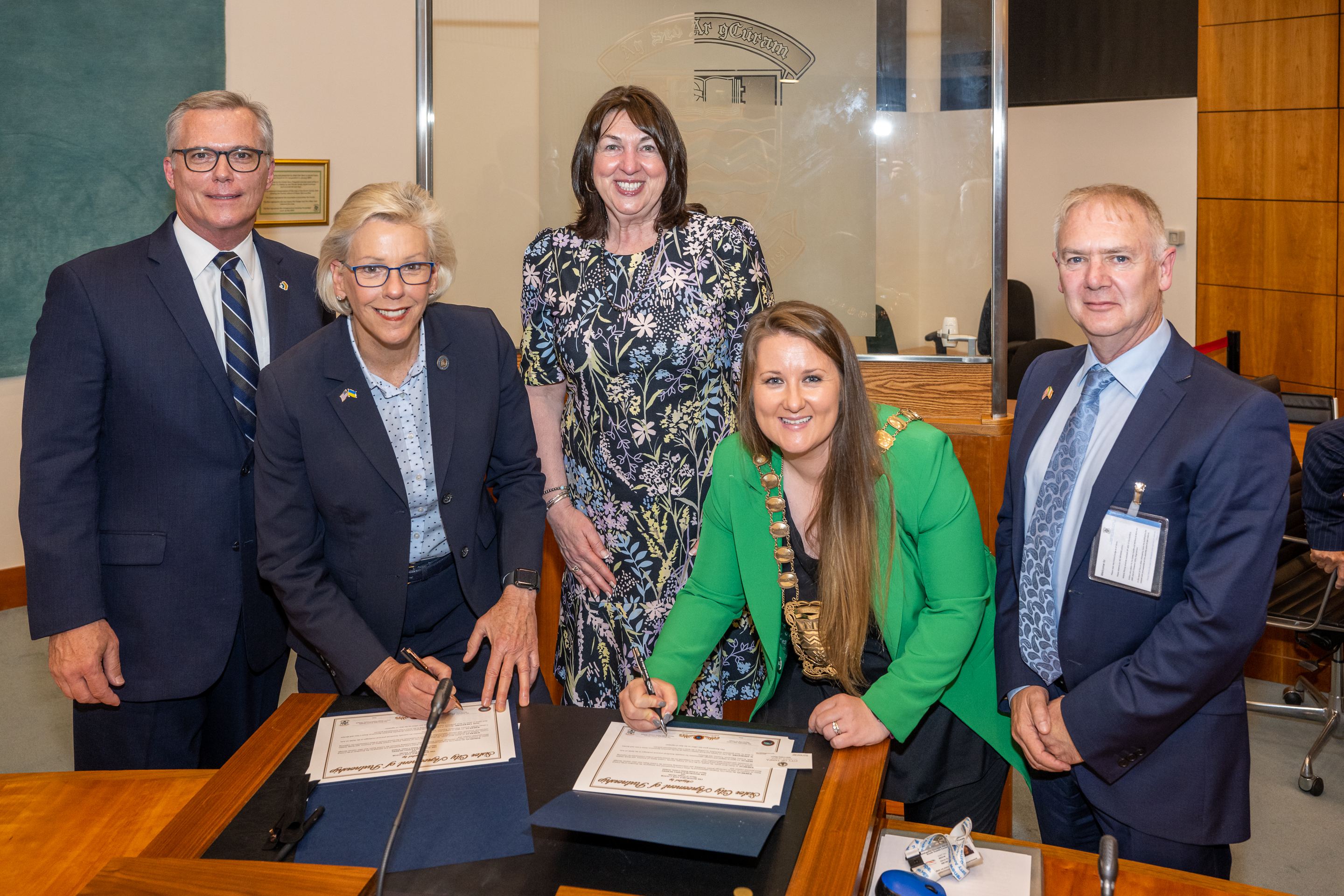 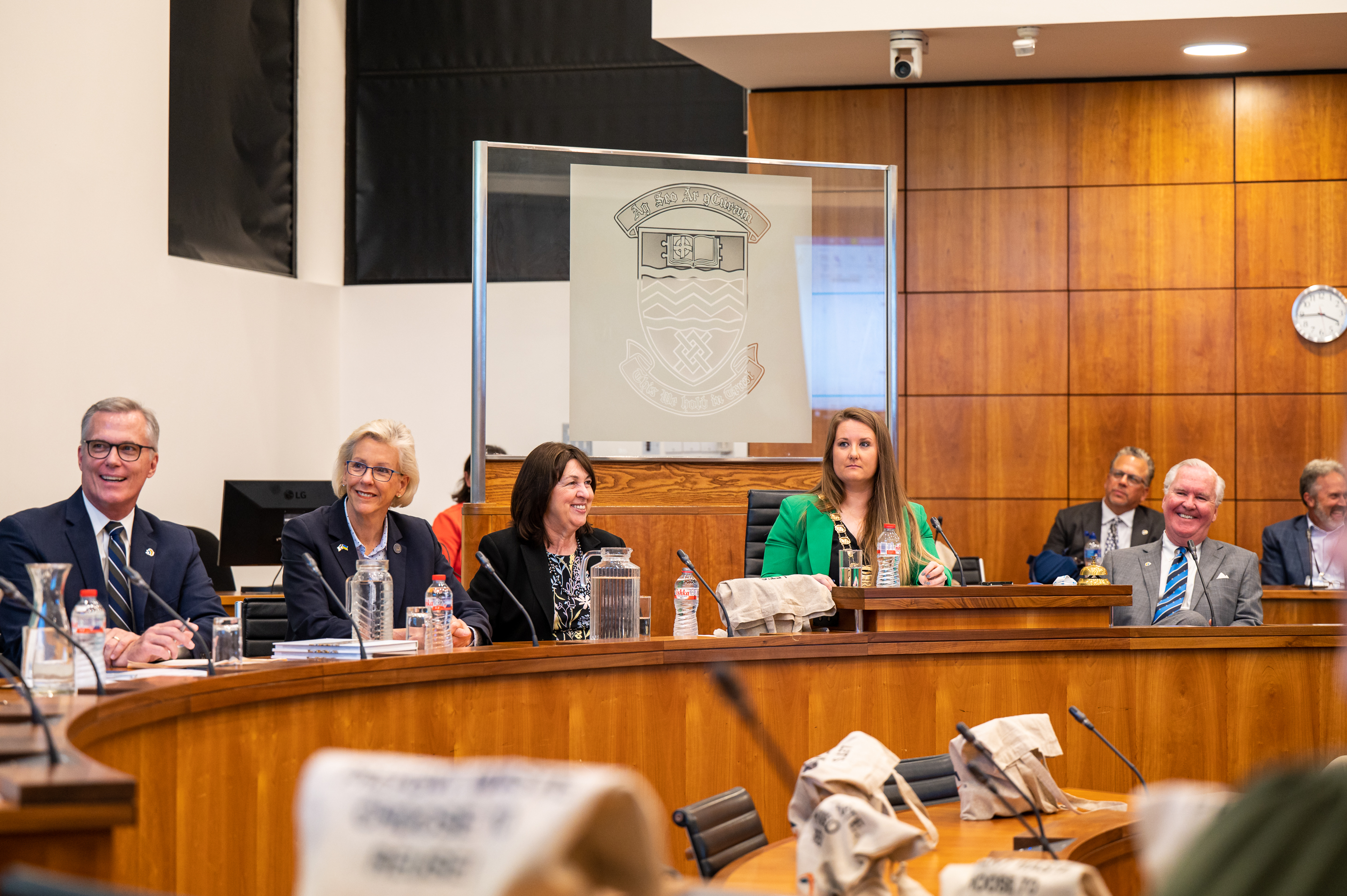 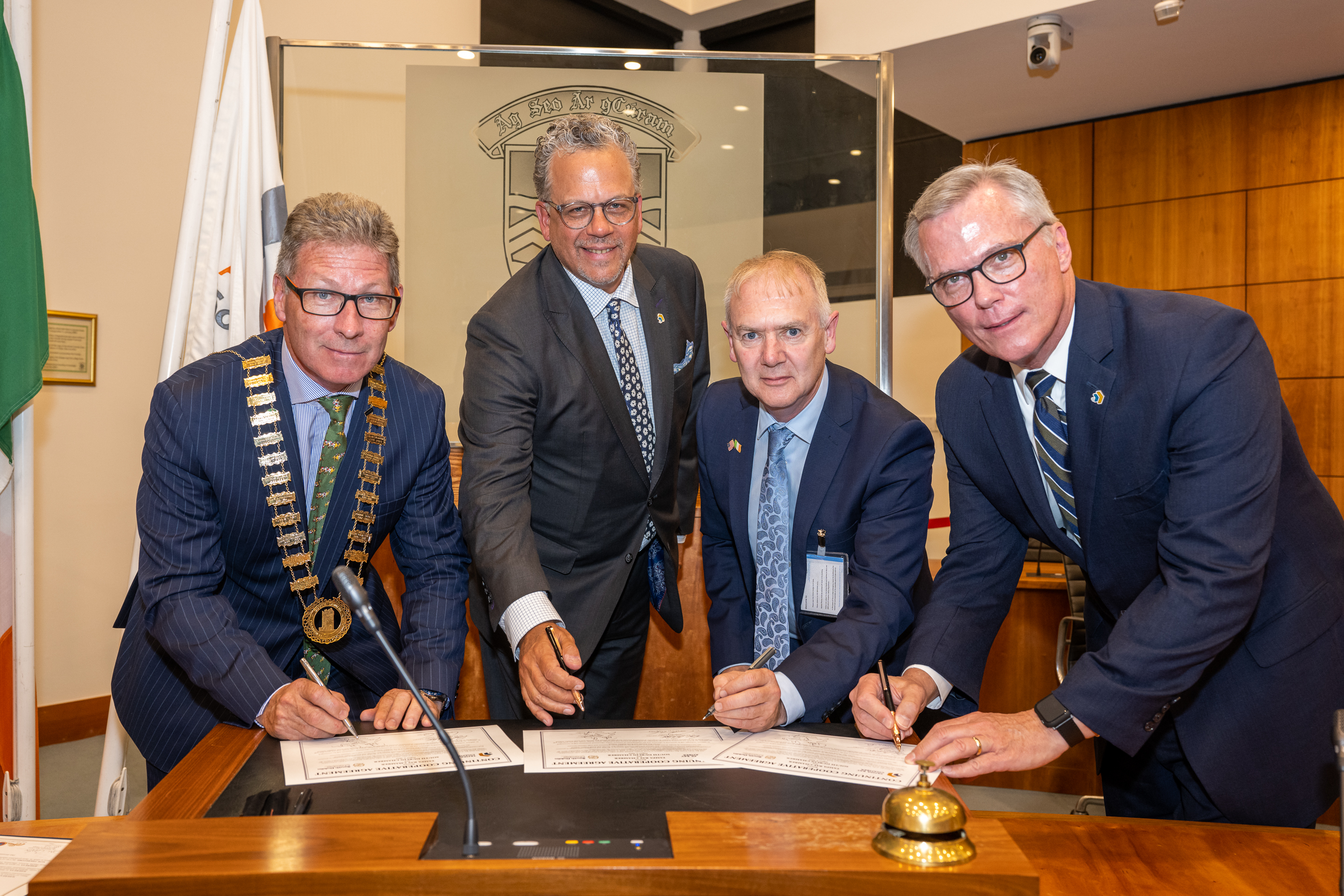 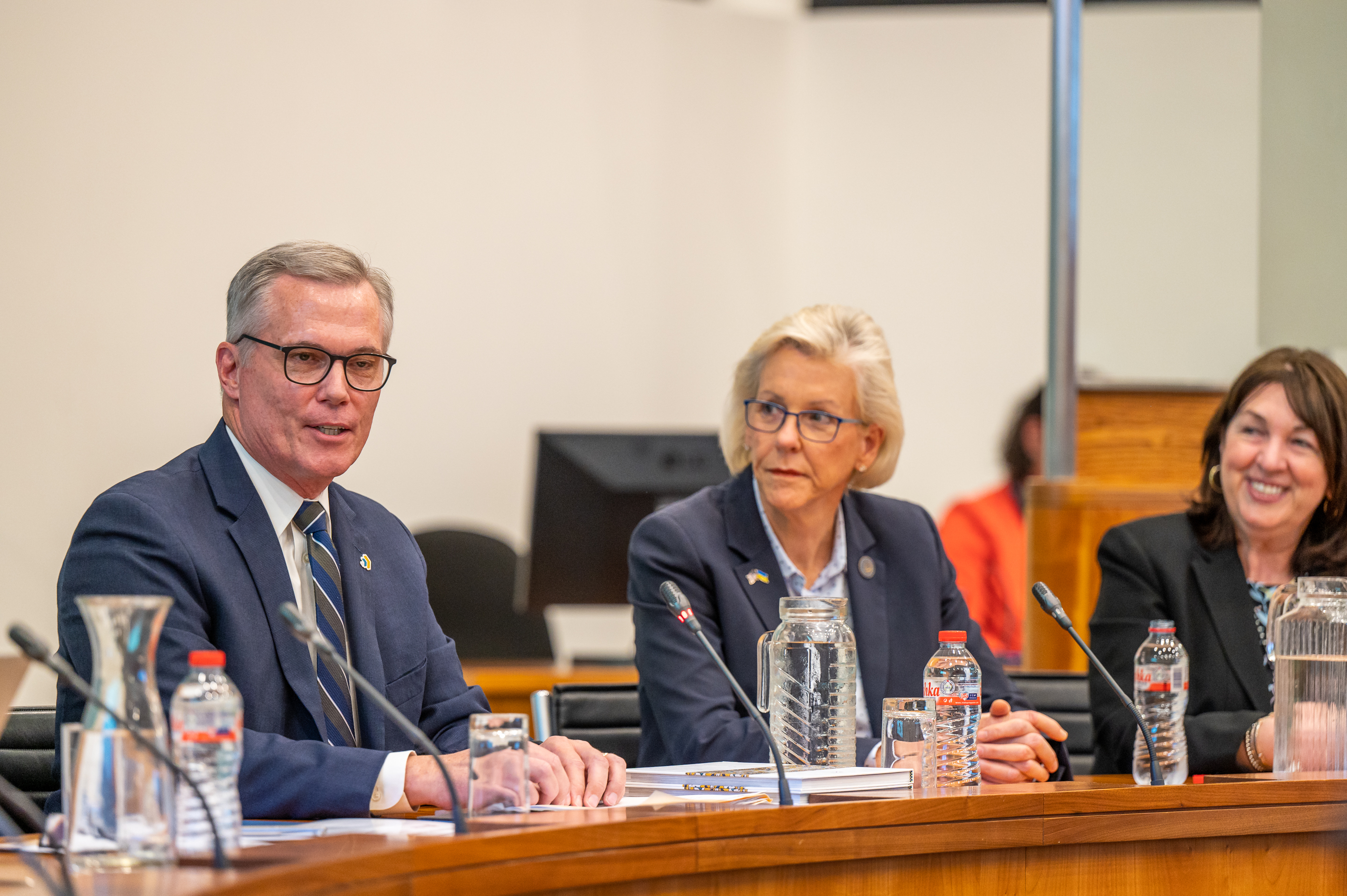