The Mayor of South Dublin, Cllr. Peter Kavanagh, unveiled a commemorative stone dedicated to the memory of former Health Minister Dr. Noel Browne and the women and men who fought to eradicate tuberculosis in Ireland outside Peamount Hospital, once a TB sanitorium. 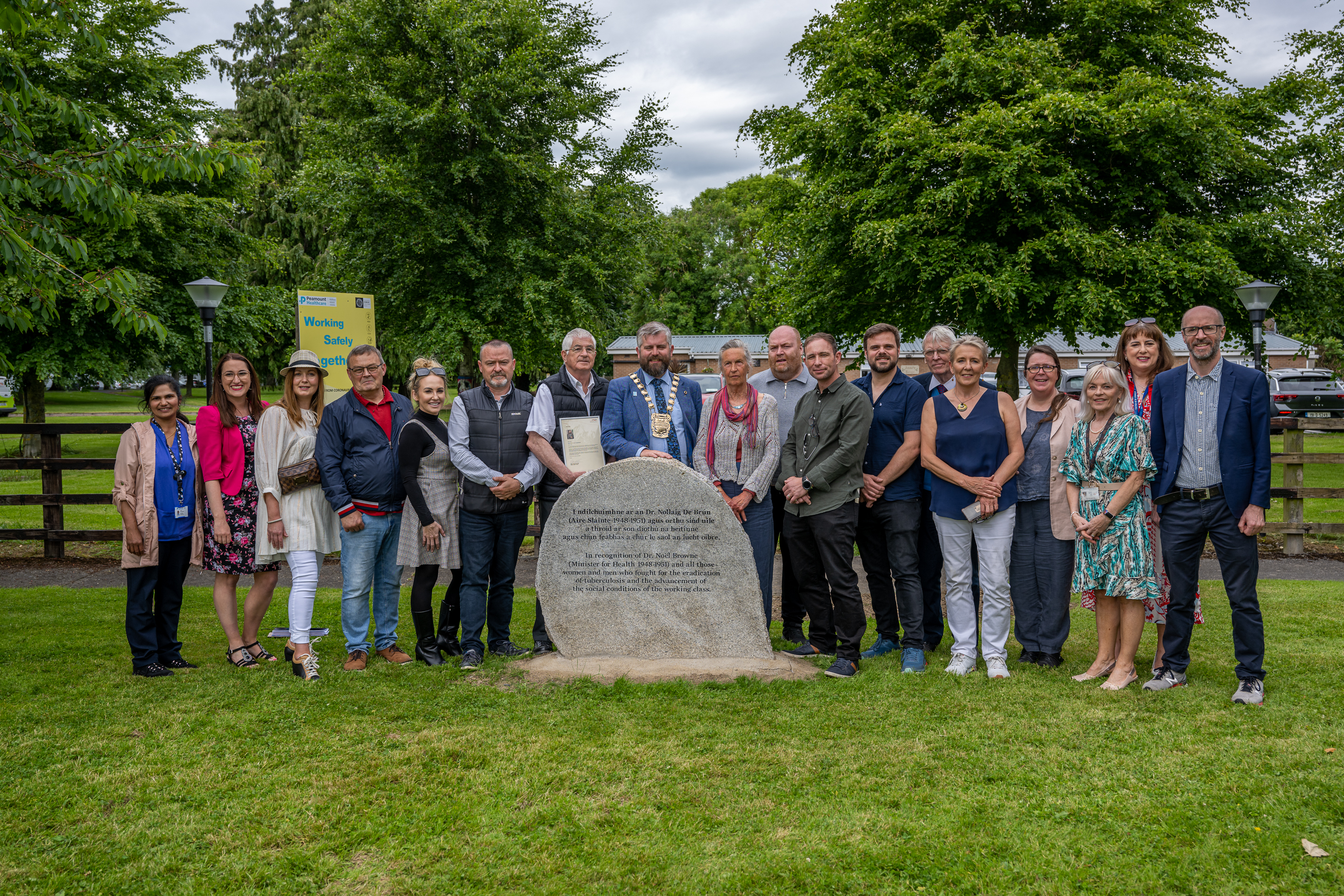 “It is fitting,” said Mayor Kavanagh, “that we mark this occasion as we emerge from a national health emergency that forced the country to come together for the greater good. It calls to mind the tremendous effort Dr. Browne and his colleagues made in eradicating tuberculosis.”

“It is also appropriate that this event should happen during Pride Month,” said Mayor Kavanagh, “as Dr. Browne was the first parliamentarian to call for the decriminalisation of homosexuality and was one of the few politicians to attend the opening of the Hirschfeld Centre in Dublin. In an era where being liberal was seen as dangerously radical, Noël Browne was a genuine progressive, and his legacy is a blueprint for Irish society to continue the work he started.”