South Dublin County Council is asking people to have their say on a 4.2-kilometre section of emerging concept route that has been identified for pedestrians and cyclists.

Linking the Grand Canal Greenway and Grange Castle Park with Lucan Village via Griffeen Valley Park, the emerging route seeks to provide a safe route for commuters and school children that will help to promote sustainable modes of transport, reduce traffic in the area and reduce carbon emissions. The proposed route would also complete the Griffeen Valley Greenway, support the Greater Dublin Area Cycle Network Plan (2013) and strengthen Lucan’s designation as a ‘destination town’ by Fáilte Ireland. 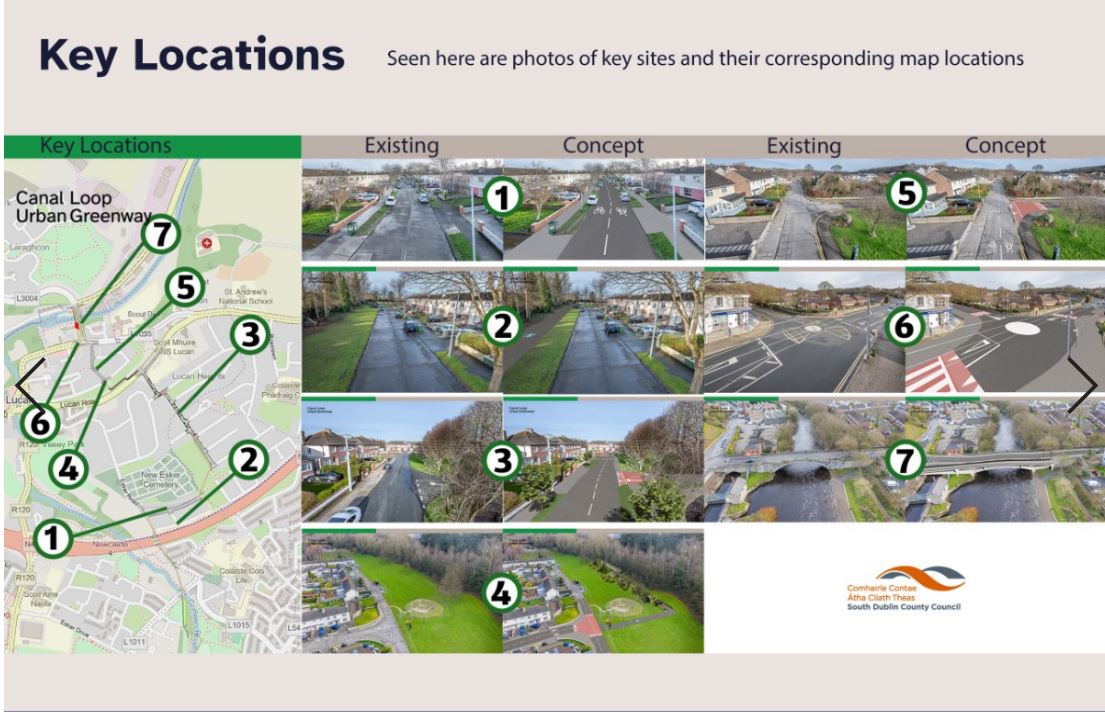 In addition, the route is identified as route number one in the Council’s Cycle South Dublin programme and will form part of Council’s plan to deliver a County wide, connected network of safe cycling and walking routes for people.

Cycle South Dublin is an ambitious programme of work that reflects the increasing importance of making cycling a realistic and integral part of how people move around the County. There is currently 207km of cycle lanes across South Dublin County. In recent years, the Council has been moving in the right direction and in that time, South Dublin County Council has progressed eight active travel projects totalling approximately 21km of new and improved cycle lanes, however, we recognise that more needs to be done.

The Cycle South Dublin programme proposes a set of 41 projects that would deliver nearly 210km of new and improved cycle lanes across the County within the next ten years.